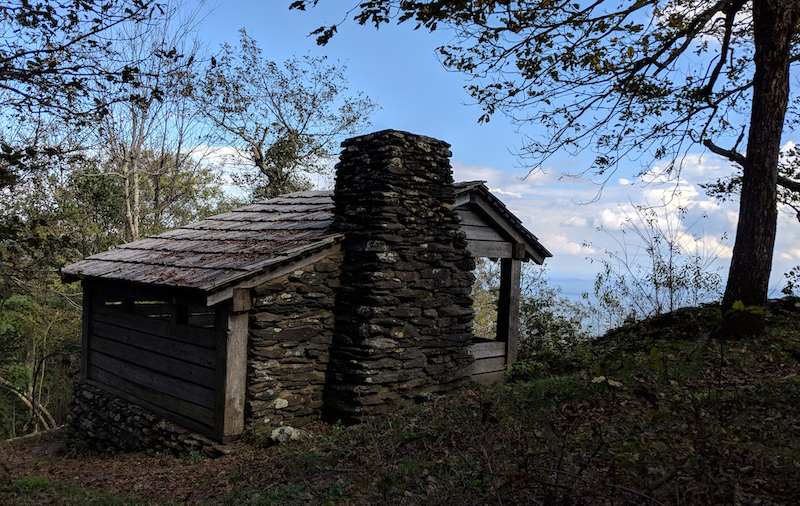 In those early days of the Appalachian Trail hikers did not have the advantage of a chain of trail shelters where they could spend the night. In fact, from Roanoke to Damascus, only one shelter was every built on the original route of the trail—in the Rocky Knob Recreation Area near the Saddle parking area on the Blue Ridge Parkway. The Rocky Knob Shelter, built by the Civilian Conservation Corps, is a stone structure with three walls, and Earl Shaffer, who became the first person to thru hike the entire trail, described his stay there in 1948 as cold, windy, and wet.  Instead, hikers either spent the night in a tent or, just as often they slept in someone’s barn (after asking permission) or stayed in the home of someone who took in boarders, like Mrs. Sue Hall in Floyd or Mrs. Erna Webb in Fancy Gap. Mrs. Webb lived in the famous Sidna Allen house and so it is likely that hikers who stayed with her learned the story of the courthouse shootout in Hillsville over dinner. 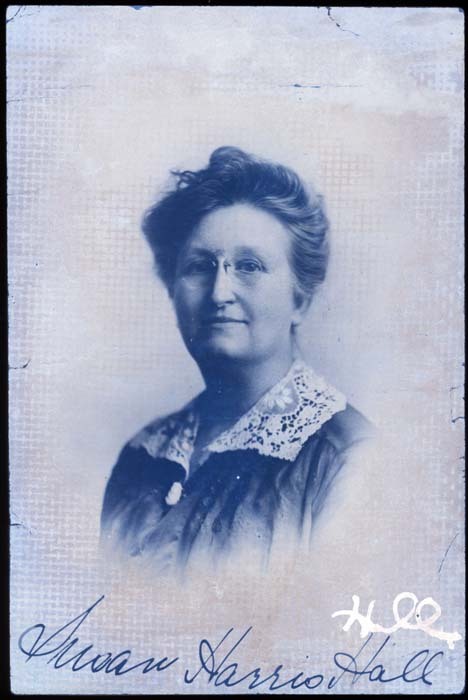 Doug Bell, who lives near Copper Hill, remembers his grandfather telling stories of hikers coming to his front door to ask to buy eggs or vegetables from his garden. Ralph Barnard, whose grandfather John Barnard supervised the trail in Patrick County, remembers large groups of hikers staying in his grandfather’s barn. In 1949, a writer for the National Geographic Magazine stayed at the Barnard home and wrote lovingly about the many dishes Mrs. Barnard placed on the dinner table that night.

Much of the route of the Appalachian Trail east of the New River was easy to follow, because so much of it followed old and often abandoned roads. Hikers only had to pay attention at crossroads, looking for a painted white blaze or a diamond-shaped tin marker. West of the river, however, the trail's route was much more rugged and difficult to follow. Hikers often had to look for fire towers as landmarks and depended on trail guides published by the ATC, which provided very detailed instructions about the route 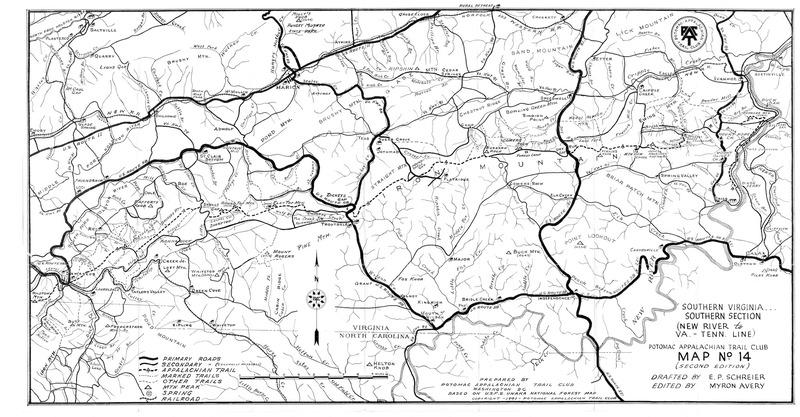 As detailed as those instructions could be, the maps the ATC provided to hikers were only approximations of the route they would take. Important landmarks like roads, fire towers, view points, schools, churches, or towns, were often labeled, but no information about the slope of the trail, the general topography, or the availability of water was to be found on those maps. Instead, hikers had to rely on the detailed descriptions in the trail guides for navigation. If they got lost, as often happened, asking a local resident only sometimes produced helpful advice, largely because many residents of the area were unaware that the Appalachian Trail existed, much less that it passed near their farm or home. If they did know it, they generally called it the "government trail," even though until 1968, the Appalachian Trail was an entirely private project.